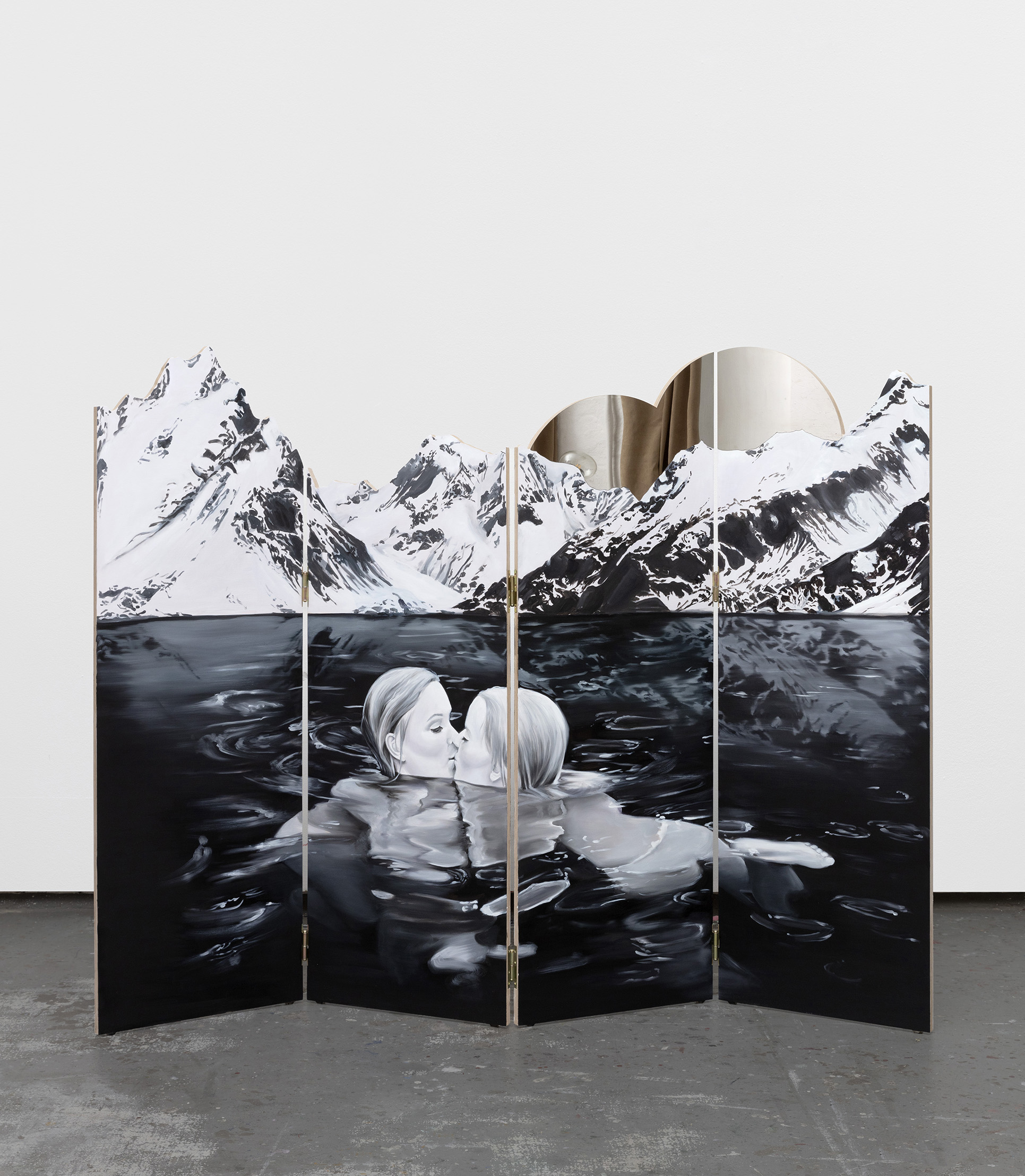 In Aline Alagems new one woman show “Dark Waters” which opens at Salon Am Moritzplatz June 27 2021, Alagem is showing a new body of seven luscious oil on wood and canvas works, varying in format and dimensions. The exhibition captures moments of secret pleasures and unrestrained longings, with all female subjects.

Dark Waters consists mostly of works from the recent year. Alagem focuses on female  heroins from the abundantly stylized Giallo cinema genre, that was active mostly in the 60’s and 70’s with its avant-garde erotic thrillers. These female protagonists are embracing their desires, chasing these to the ends of what is considered legitimate or norm. Alagem plants them then in sublime landscapes creating a new scenery. The titles of the works share a resonating thematic reclaim as Alagem shifts and “moves” the lyrics of Jaques Brel’s renowned “Ne Me Quitte Pas”, creating new meanings and new phrases. An ultimate love song (in the artists’ mother tongue) of a male lover begging to not be forsaken, promising magic and beauty indefinite is moulded into a new meaning, emancipating the heroine of the need to passively reflect the male gaze;

In using these images and these titles Alagem disrupts the common cultural narrative, positioning the female heroin as the source and subject of desire, rather than its passive object. While creating an arena of mystery that seem to have dissolved from our ever exposed and neon like social media life, Alagem is suggesting that it is not the longing’s destination, but the longing itself that is the “gold chest”, and it doesn’t need to be coherent, for it to be absolute.