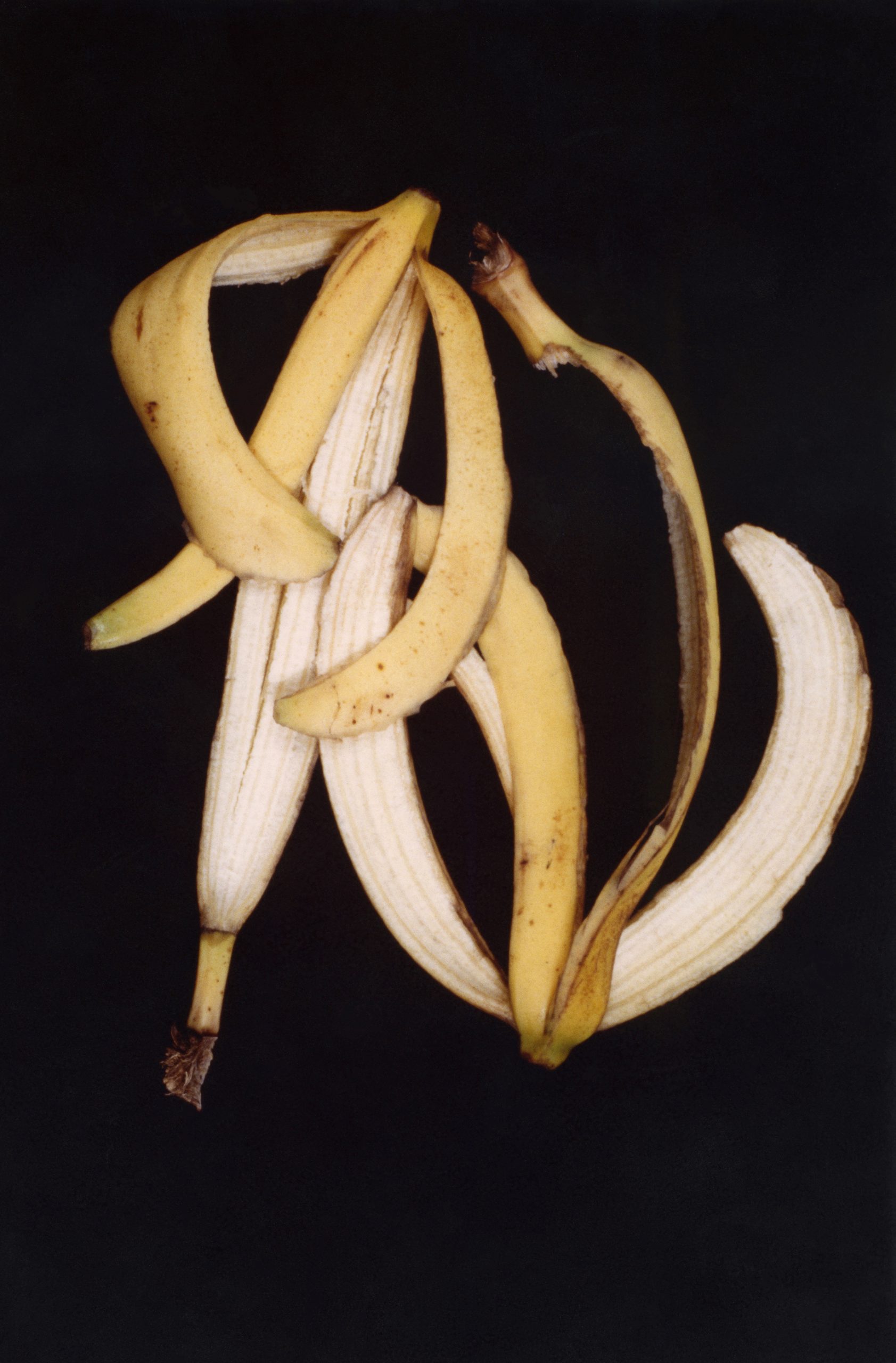 The new re-enactment of the performance ‘Proof Positive Germany is Going Bananas’, 1993 and its adjoining presentation coincide with the 30th anniversary of Germany’s reunification. ‘Proof Positive Germany is Going Bananas’ was originally developed by Anna Banana consequent to the fall of the Berlin wall, during which a trend emerged of West Germans greeting the newly-opened East by offering bananas, a fruit prior to unification rarely available in the GDR. The artist subsequently began to receive an immense quantity of banana related articles and items from her German contacts, inspiring her theory that Germany was going bananas.

Besides the historical significance of this exhibition in the year of the reunification 30th anniversary, another component proves contemporaneously involved. The exhibition’s exploration of a public psychological state inevitably points to the current COVID crisis that exploded this year as a catalyst to global socio-political uprisings and natural disasters, resulting in a radical change of lifestyle and our ways of thinking and being within our society. This brings to mind the notion of a collective wound, brought on by a sudden and unpredictable change in our daily lives, and the consequences of which are still not clear and yet to be fully seen.

The gallery is following the guidelines and rules to ensure the safety of our visitors, in line with the current health and hygiene regulations. We kindly ask you to wear a mask in the gallery and to keep the distance of 1.5 meters to each other